Yesterday morning Joel Wyman tweeted these photos of some of our cast members, smiling widely and holding some Blue Moon Awards. It’s absolutely wonderful to know that they all got them, and that we were able to make them smile so. The relationship between the creators of Fringe and its fandom is unlike anything I’ve ever seen, unique and reciprocal, and the graciousness of this gesture is simply lovely. Look at those smiles! You guys did that – congratulations!

I don’t know about you, but knowing that that Crew award lives there on set, a constant reminder of our appreciation, warms me all the way down to my toes. I hope that it continues to bring smiles to the faces of everyone who sees it, always.

Joel’s tweet: “Hi! Here are photos with the great awards Fringies gave us! Thanks to @jonxproductions for organizing the photo shoot!” 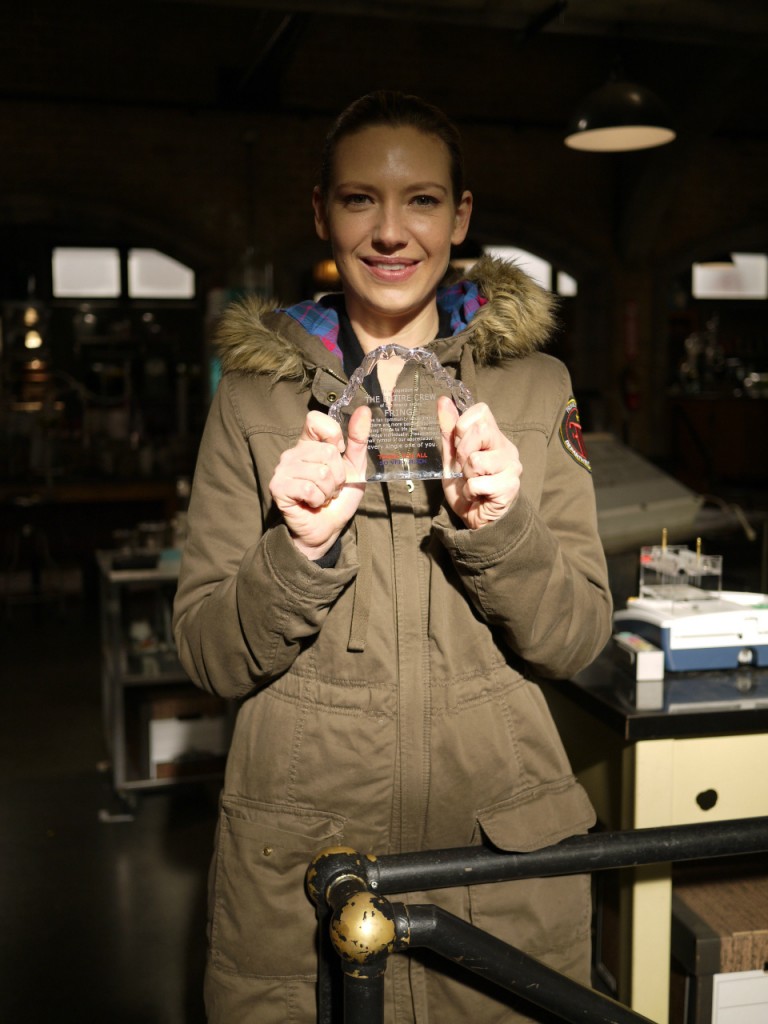 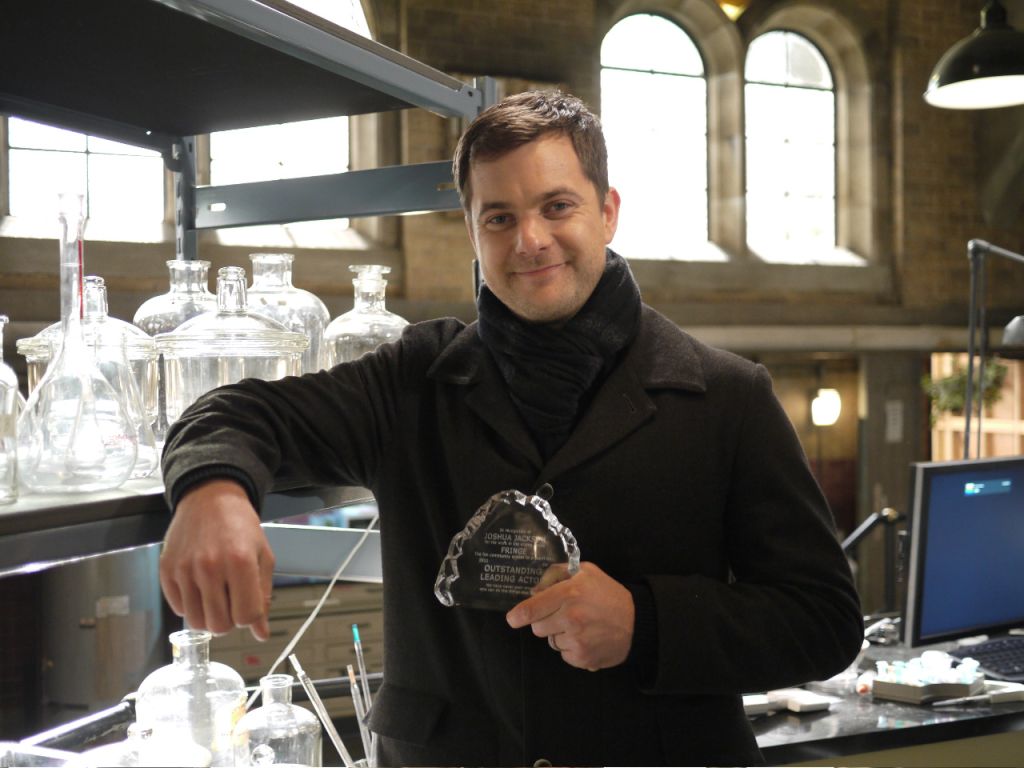 Past reactions, in case you missed them:

“Photographic proof that #Fringe fans are the best ever… http://instagr.am/p/Pf–u/”

“To all the #Fringe fans who contributed 2 the BlueMoon Awards & Autism Speaks…U guys are amazing! THX for showing the best side of fandom!” 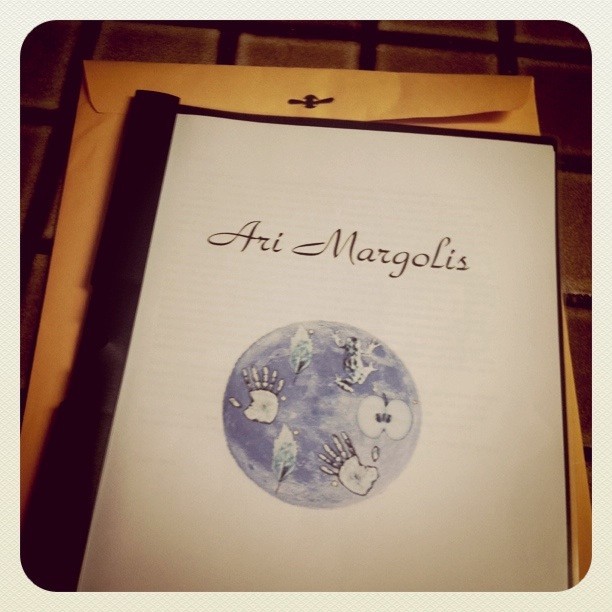 “OMG! Thank you all SO MUCH for the incredible award! BEST FANS EVER”

“Wow, we’ve seen the most amazing things from our fans, but you guys always top it. We are so touched by the award. I’ll post a pic soon!”

“The “awards” you sent Joel and I were, with all sincerity, the kindest thing ever! And Autism Speaks is forever grateful!!!!”

So these incredible fans got together to send the cast and crew mock awards (called Blue Moon awards, since they think it will be a blue moon before the show ever gets nominated) to show their support and love for the work we at Fringe have done for the past 3+ years. But then, with the money they had left over, they decided to make a donation to Autism Speaks, on behalf of Alt!Astrid and, by association, my sister Sedric, who has been the largest source of inspiration behind my portrayal of the character.I am so thankful for the love and the appreciation, and so honored to be a part of what has created the Fringe fandom in the first place. I am not a lead character in this show. I do not get very much screen time, and I have no idea if and when that will ever change. But clearly, you guys still see me, and through me you also see a community of people that can seriously benefit from your support and attention and exposure.This all feels incredibly personal. Thank you so SO much, from my family at home, and my family at work!Jasika Nicole” 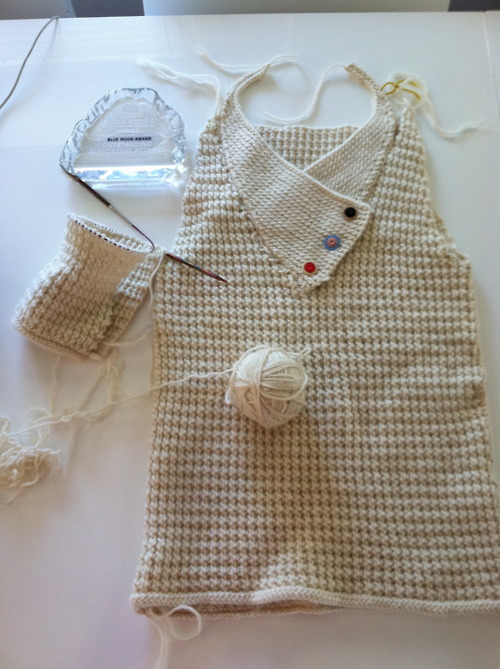 Jasika’s Tumblr page: Follow her!! She’s not only our beloved Astrid, she’s also an amazingly talented knitter and cartoonist!

And here’s a pic of the award that stays on set, tweeted by a crew member: 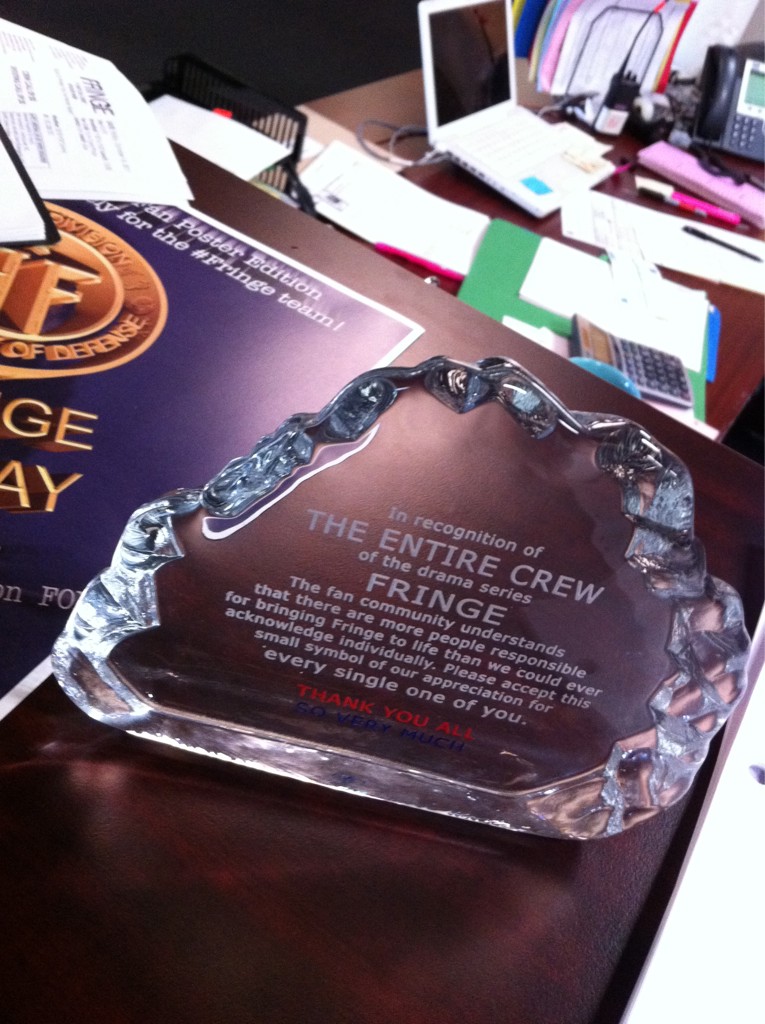 Photo gallery of all the awards

Fringe fans are just the coolest.