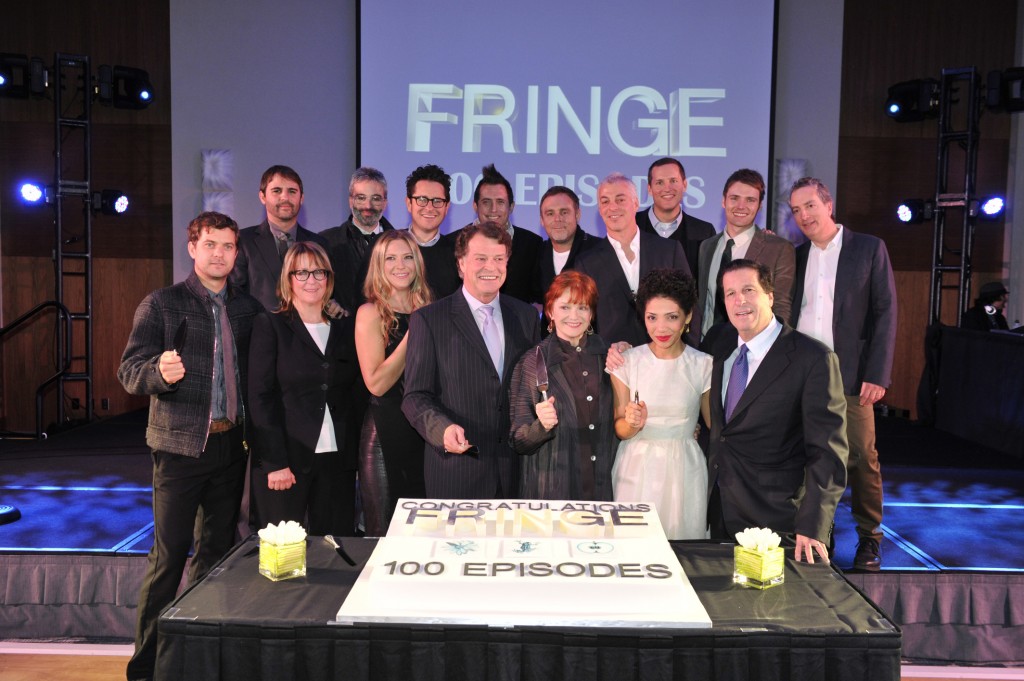 This week has been one of celebration and reminiscing for Fringe fans. Our show has reached the milestone mark of 100 episodes!

This is no small feat in the business of television. Very few shows make it past their 13 episode initial gauntlet — RIP Alcatraz and Terra Nova — so this is an achievement. Especially– given its ratings history — for Fringe.

Joshua Jackson told CityTV, “It’s thanks to the fans that we’re still here.”

We are still here, too, Josh; loving our show until the last credits roll and beyond.

Two years ago, I joined Twitter in an effort to try and help Fringe. Just hoping for a season four, I never imagined where that decision would take me. Some good friends — some of whom I have met, and others I want to meet; long nights of brainstorming ideas and event hashtags; a trip to Vancouver; an experience of a lifetime.

All of our collective journeys as fans have helped to lead to this point.

With only 6 more episodes to go, there is still a lot of story left to tell. This week’s episode is entitled, “The Human Kind.” Fringe has long explored what make us human, and how all kinds of small decisions and circumstances shape and mold us into the people that we are and will be. But what do you think of when you think about this title? Is it concerning some type of Observer — maybe those that develop feelings or empathy? Is this about the boy who is a part of Walter’s plan?

The show has had a definite Matrix-like feel, and this week’s episode even introduces a guest star — Jill Scott — as an oracle-esque character named Simone. She will have some important things to tell Olivia. We’ll also see if Peter’s timeline calculations and predictions will net him one dead Captain Windmark, or a whole heap of trouble.

As we launch into the homestretch, I think it’s key to remember some of the lessons Fringe has taught us.

One of these lessons is that love and shared experiences are all a part of what it means to be human. This week, we’re going to use part of the episode title:

1) Don’t use #HumanKind before the designated time: 1 HOUR before Fringe airs.

2) One # term per Tweet. Use only #HumanKind (What Are Hashtags?)