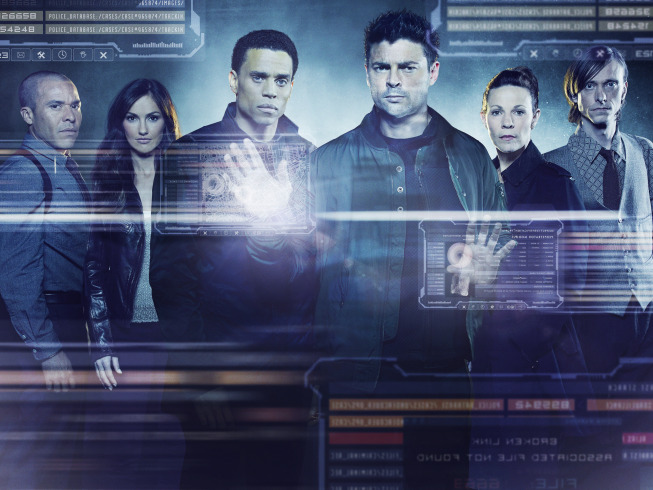 Almost Human’s premiere (November 4 – 8/7C) is less than a month away, so it’s time to assemble and to start talking up the series via all available social media channels. We knew that the television world was heading towards placing a larger emphasis on social media activity, and now that time is here. Too late for our beloved Fringe… but useful for the future of TV. Dust off the tweeters, and let’s cultivate some social media influence for Almost Human.

Why is Fringenuity so interested in Almost Human out of all Fall shows?

Almost Human was created by Fringe executive producer J.H. (Joel) Wyman. It’s filmed in Vancouver (like Fringe) and employs a large percentage of the old Fringe film crew.  Plus, “because it’s cool.” There were lots of people interested in the concept before it was even cast, filmed, and picked up by the network. We wanted to “Make Human Reality.” Now that it’s real, we want to keep it around for some time.

So, what can we do to help?

We can employ some of the same tactics that we used for Fringe to help get the word out for Almost Human. The broadcast networks are using some of the things that Fringe fans used during our campaigns, but fans who actually care for a show will always do a better job getting the word out. We form real communities with each other, and no network herding will ever change that. We have the power to influence social media users to watch, discuss, and keep coming back for more.

We’re not considering trending unique hashtags for each episode of the show. That was a special effort out of love for Fringe, and has worked to help fans of Community and Hannibal.  For a new show, the focus should be on just generating genuine social engagement.

When the time comes, let’s be sure to search for Almost Human viewers to follow and interact with on Twitter.  Like with Fringe, it’s helpful to have lots of followers and to interact. Share Almost Human content such as videos from FOX, articles, and fan art.

Nikolai has produced a new icon matrix like the one we used for fans to choose Twitter icons for their accounts for each Fringenuity hashtag event. If you’d like to contribute icons, you are welcome to upload them. It is currently in development, and there will be features added to help organize the art. 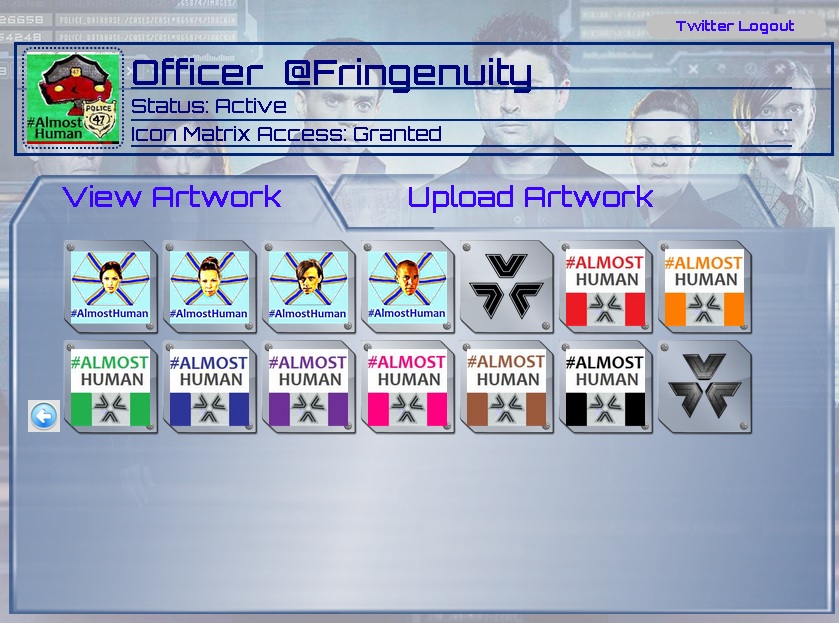 So, as we knew would happen, Nielsen has a separate Twitter rating now. While it does not act as a replacement for the Live Nielsen overnight numbers, it does offer a further way to measure audience engagement. This data could be important to advertisers, and offers a supplemental way for a show to be monetized. All streams of income are important when considering a show’s renewal status. Social Guide is Nielsen’s baby, and it hopes to show how users interact and engage with television shows.

Although they have found something that we knew was true about Fringe: The most successful social shows are not always the ones who get the biggest live ratings. A lot of weight is placed on tweets that mention character names, cast names, and producers. Engagement with official accounts and cast is also a key metric.

In addition to the number of tweets, the system takes into account how many times the tweets are viewed. So, it’s important to see what others are saying. If it’s interesting, a favorite and/or RT also figures into the equation. Nielsen also found something else worth noting: For each person who Tweets about a show, there are approximately 50 others who see the Tweets. This reach and influence to create impressions is a measure of importance to those making decisions for shows.

What about other social media?

GetGlue has become even more influential since Fringe aired. Many television fans may prefer to use this app instead of standalone Twitter alone. Let’s engage people on GetGlue in conversation. There are buttons to rate comments, so use them. Be sure to check in to the show when it airs or when you watch it via DVR, streaming, etc.

Facebook has been trying to get a piece of the social television pie. In the past, it was mostly useless to marketers and networks because it was difficult to measure due to the nature of Facebook.

Facebook uses hashtags now, so try to use #Almost Human when talking about the show on a public page or in a group. Speaking of groups, find a few and join!

No one can underestimate the value of Tumblr for the promotion of television shows. Fan art and gif sets can get the word out.

Google + has some Almost Human communities to check out.

Pinterest use is through the roof, so sharing Almost Human posters and visual graphics can help immensely.

To summarize, it’s all about

Hello, Nielsen, my old “friend…” Sure, the broadcast television world may be going through a bumpy and slow transition period, but we still have to deal with King Nielsen. The first test for Almost Human will be pulling huge live ratings numbers for its premiere. Given the buzz and excitement from critics and ComicCon, there’s no doubt that this will happen. But it’s vitally important that the weekly airings keep up the pace as well.

But what about DVR? Well, yeah… even the networks have capitulated and accepted that people are going to set their own viewing schedules. But let’s not get into the habit of DVR views unless there is no other way. I love DVR. But there is nothing quite like watching a story unfold along with millions of other people.

LIVE views are always going to be preferred by the network — that is their bread and butter. Everything else is jam. Tasty, but an extra. There is the age old argument that it doesn’t matter if you don’t have a Nielsen box. Not exactly. Cable providers are going to be able to provide a lot of data about who watched what and when.

Really though, any views and talking about the show will be a tremendous help.