So, the cat’s out of the bag. You’ve probably noticed some of our associates using a hashtag #AHTF and maybe you’ve see them on Twitter sporting badge icons that say “Almost Human Task Force.” Well, it’s time to introduce ourselves and to explain what’s going on.

This site was originally Annie’s (@birdandbear) personal blog that she started to analyze the lyrics of the transmedia Violet Sedan Chair record, an item that was created and released as a real life extension of the Fringe universe. (It’s Walter’s favorite band, and you can listen to it on Spotify!) Fringe had been teetering on the edge of Nielsen oblivion for most of its existence. To make a long story short, fan groups (The Fringe Movement and then Fringenuity) rallied to promote it and to gain a longer lifespan. If you’re new to us, our site has some interesting archived materials.

When Fringenuity was founded we were open to the possibility of having more “adventures in geekery” with other shows. While our members love lots of things, especially Doctor Who, Continuum, Revolution, Orphan Black, Sherlock, and even newcomer, Sleepy Hollow, Almost Human is a natural fit. We’ve been excited about it since Joel Wyman said he was working on a script. It has a tremendous Fringe pedigree, right down to being filmed in Vancouver using the incredibly hardworking and talented Fringe crew. Even so, it’s not Fringe, just like Fringe is not The X-Files. Personally, I am a sucker for stories about machine-versus-man, enhanced humans, and artificial intelligence. (Heck, my home wireless network is named Omnius, and my next computer just might be dubbed DORIAN…)

The Almost Human Task Force is currently a loosely organized group of Fringe fans who have come together to apply their various talents to the social media promotion and discussion of Almost Human. Most of us have worked closely together during the past few years, and yes, we are friends. The skills include an Adobe software coder, graphic artists, an advertising agent, an MBA, an information science/library degree holder, a community fundraiser, writers, those who have learned social media by doing, and leaders for various fan communities. We actually have the basis to form a promotional company if we wanted. But, this is a project for love and an admiration for the creative minds behind the show.

* Facilitating the formation of and supporting fan communities for the show.

* Providing information and news about the cast, creators, and show.

* Spreading the love for the show to others and engaging them in conversation.

* Making Almost Human one of the most social scripted shows for Nielsen Twitter Ratings.

* Seeing “Almost Human has been renewed for a second season.”

No, not at this time. The successful trending events were organized out of a special love and the desire for the renewal of Fringe, complete with a planned ending. So many just don’t know how much work that took each and every week that Fringe aired. Also, that the trail has been blazed, &  others follow the route. We’re on the lookout for the next big thing that could set Almost Human fans apart.

We do have some contests and fun activities planned, because this is about having some fun.

I like the badges! How can I get one?

The badges that we have are pretty cool and we wish that it would be possible to offer personalized copies for all that would like one, but these were designed for us as a group, and the artist could not possibly make them for everyone who wants one. However, the Icon Matrix is growing each day, so there’s something cool for everyone there.

I have some great art or icons. How can I share?

Anyone is welcome to post icons or artwork to the Almost Human Icon Matrix. It is in Beta, but should be completely ready soon.

I have a fan community for Almost Human. Can you let people know?

At this time, we’re going to do a search to check every corner of the Internet, and will possibly make an ongoing directory. If you want to let us know about your forum, page, blog, or podcast, please do!

I live in a country outside the US. Will Almost Human air here?

Working on a table for that information. Stay tuned.

How can I help out Almost Human?

Check out, “Spreading the Excitement for Almost Human.”

This post explains how important social media activity is now that these things are better measured/analyzed and that Nielsen has a Twitter rating.

You may also want to read Annie’s, “Not Nielsen.”

Our members are on Twitter. Feel free to chat. I’m Aimee, and I was made to feel. 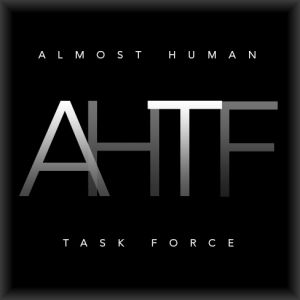 Almost Human is the property of Warner Brothers Studio and Fox Network. Fringenuity is not associated with Almost Human, Bad Robot, or the cast in any way; we are here only to support and promote the show through social media.

No copyright infringement is intended. All photos, articles, etc. are the property of their original owners.