Tomorrow, June 27th, would have been Aimee Long’s 36th birthday.

It’s been in the back of my mind all week, as I tried to focus on things I needed to do and mulled over what, if anything, we should do as a group to remember our friend. I finally had an inspiration today that I think works as a tasteful and loving gesture, if anyone would like to participate.

Candles are used for both birthday celebrations and remembrance, so I’ve lit one for her and taken a photo of it. If anyone would like to do the same and tweet it to @Fringenuity, I’ll compile an album and pass the link along to her family. Here’s mine: 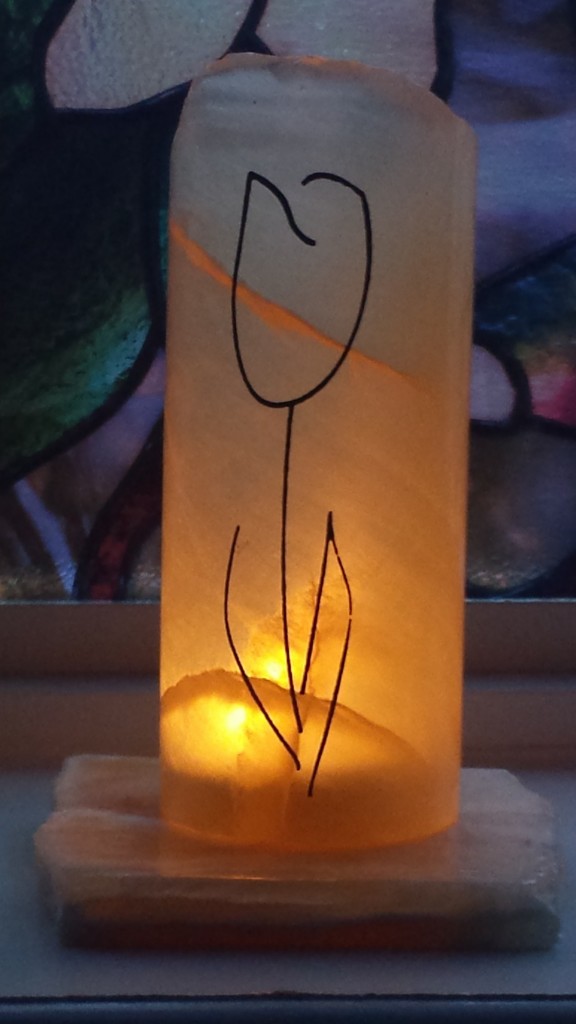 I’d also like to ask our loyal Fringe family to join me in a virtual moment of silence to remember Aimee tomorrow evening. The concept is simple, just tweet an ellipses and nothing else, like so:

It’s a text based gesture that’s been used for such things before, and, as tomorrow also happens to be Fringe Friday, I thought it couldn’t be more fitting to schedule it for the same time as one of our old Fringenuity tweetouts. So tomorrow night at 8:00pm EST, if you wish, tweet some dots for Aimee, because there will never be words for how much we miss her.

Happy Birthday Aimee. Wish you were here to laugh at all this.

Edit: Cortex Ifan just asked if she can tweet the picture with the … for the “moment of silence.” I think it’s a beautiful idea, if anyone else would like to do it that way.