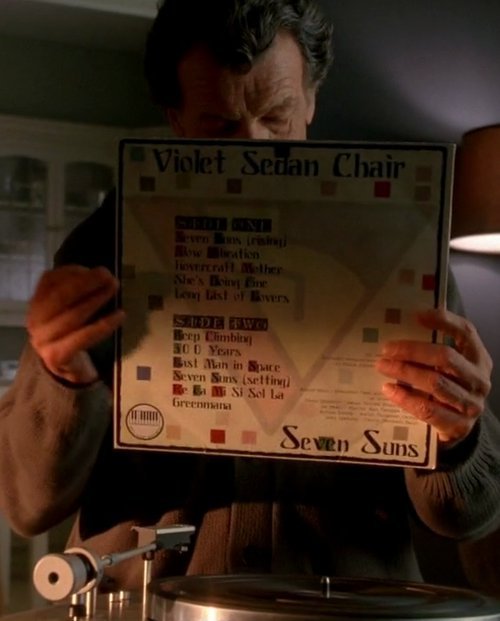 Last week I read an article about a fantastic viral marketing campaign for Fringe, in which secret vinyl albums produced under the name Violet Sedan Chair, have been distributed to random record stores across the nation. The album, called Seven Suns, is a tie in to the show’s January 21 spring premiere, in which Walter gets to meet Roscoe Joyce, keyboardist for the fictional band and one of Walter’s musical heroes. In a brilliant strategy to drive all of us fans crazy, Fox is not letting on which stores have received copies, or even how many there are. Each copy of the vinyl album is reputed to be unique, with different clues to the rest of the season in the lyrics, liner notes, etc.

Of course, being an avid Fringe fan as well as a puzzle lover, this was irresistibly exciting news to me, so after calling every record store in the phone book and coming up dry, I started to dig in other ways. It didn’t take long to come across the article of Wired magazine guest edited by J.J. Abrams over a year and a half ago – the issue on mysteries and secrets. The entire magazine is full of puzzles, and I’m anxiously awaiting my back-ordered copy in the mail, but there were two articles that were immediately obvious as being very important to the Violet Sedan Chair treasure hunt. The first, a small article listing several albums over the last forty years or so with hidden tracks or messages, includes Seven Suns in it’s examples, and references a missing eleventh track. The article appears to have gone largely unnoticed at the time, but has caught the interest of clue over the last week. The second is an article by J.J. Abrams, from that same issue of Wired.

Hey guess what? This Easter egg hunt, this album thing, has been in the making for nearly two years.

The article is about the lost art of exploring, and the demystification of mystery. It’s about Google sometimes being too much of a good thing, and how the end is worth waiting for, because it’s the questing that’s the point. And in it he says

“Think back, for example, to how we used to buy music. You would have to leave your apartment or house and actually move your ass to another location. You’d get to the store, where music would be playing on the stereo. Music you may not have heard before. Perhaps you’d ask the clerk what it was and she’d send you to a bin – those wooden containers holding actual albums or CD – and you’d look through it, seeing other album covers that might catch your eye. You’d have a chance to discover something.”

He also tells us

“Some painstaking work went into this incredibly cool issue. (There are things occurring within these pages that are not apparent at first or second glance. That’s the only hint I will give you.) I urge you to dig.”

And so I did. I started digging, all over the place, and I found all kinds of cool stuff out there that I haven’t even begun to put together. I’m having a ball, and I know lots of other Fringe fans who are having fun with it as well. But I was fascinated by this image, that appeared next to the “Musical Mystery Tour” Wired article. 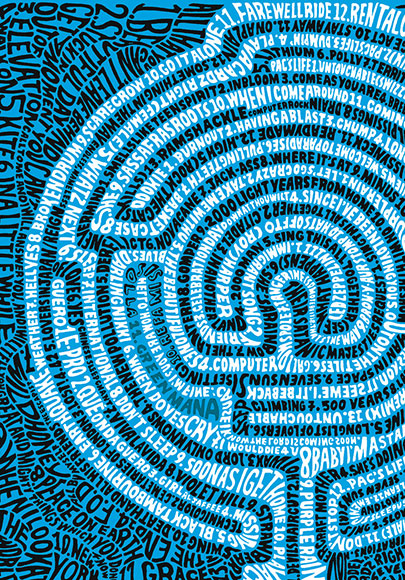 The map contains (mostly) the names and track lists of eleven albums, including those of the fictional Seven Suns. I started playing with it, tracing the titles around, looking for lost or hidden words. This proved to be pretty damn blinding without making some marks, so I color coded the albums and traced their routes a couple of different ways. 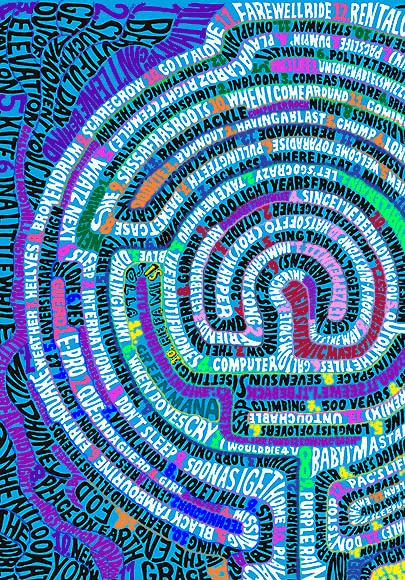 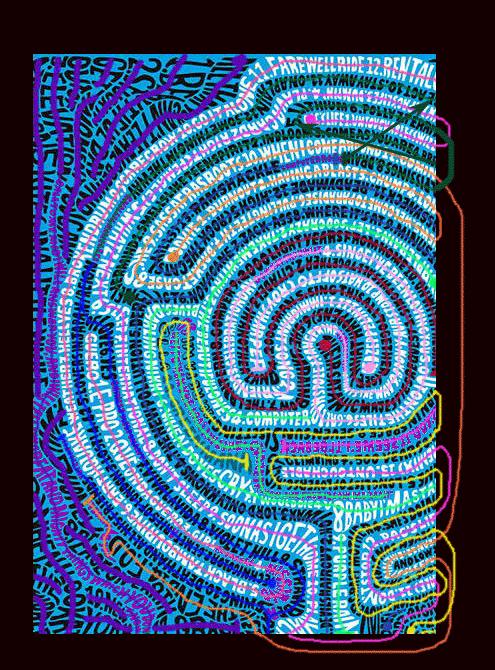 Viva La Vida or Death and all His Friends: Coldplay, 2008

Purple Rain: Prince and the Revolution 1984

So there’s what I’ve Observed. I’ve been anagramming all the missing letters and such, but haven’t come up with anything solid. Anybody else want to take a stab at it?

This is my first blog post. I’ve been thinking about starting a website for years, but was finally spurred into action by the disappearance of Fringe-Forum.com, my favorite Fringe discussion site. I’m going to be setting up a forum as well, where I want to discuss all things Fringe, as well as the Whedonverse and lots of other dorky things, so check back in a few days if you’re interested. No copyright infringement of any kind is intended. I don’t own any of the Fringe trademarks or characters, or music mentioned, or images from Wired – I just love them a lot. Don’t eat me.

The nifty virtual keyboard I found: