TV Guide is once again asking readers and television viewers for their favorite shows and cast. Here’s a chance for us to further harness social media for Fringe over hiatus. This is especially important since TV Guide was a little taken aback by the response they received over their Fringe cancellation prediction. Let’s take this opportunity to show once again which show has the most passionate fans on the planet.

Show your love for your favorite shows & stars! Vote as often as you want – and come back every day to vote in a new category. Voting ends on March 16th at noon ET, and the winners will be revealed in our April 16th issue. 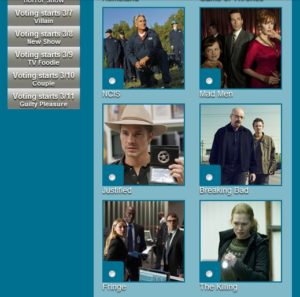 There is some stiff competition in the Drama category, but none of these shows have the power of Cortexifans. You can vote as many times as you wish. And here is some special encouragement:

You heard the Chief Observer!