A month ago today was one of the worst days of my life. Late on a Wednesday evening I received a frantic message from a friend, begging me to tell him that this was some kind of horrible joke. When I opened the message to see what “this” he was talking about, I was stunned to learn of the unexpected loss of Aimee Long: Fringenuity co-founder, legendary fan activist, and one of the best friends I’ve ever had. My husband and I had just been brainstorming places to take her when she arrived for a much anticipated visit, and the only thought I seemed able to formulate was no that’s not right, she’s going to be here Wednesday.

In the time since then I’ve started this post a dozen times, scrapping effort after effort, because nothing I could say seemed adequate. A whole month later I still have no idea how to begin. None of the words that come to mind make any more sense than the ones I stared at so stupidly when my brain simply refused to accept what they were saying, because what they were saying was Aimee’s gone.

Nothing I can say could possibly compare to the anguish in those two little words.
But I’ve come to the realization that no words ever will, and so I’m going to get through this tonight, because it’s been too long, and Aimee deserves to be remembered here of all places. So I have my glass of scotch and my white tulip plucked from her grave, and I’ll just have to do the best I can to do justice to the incredible woman who touched so very many lives, and helped change the way an industry works. 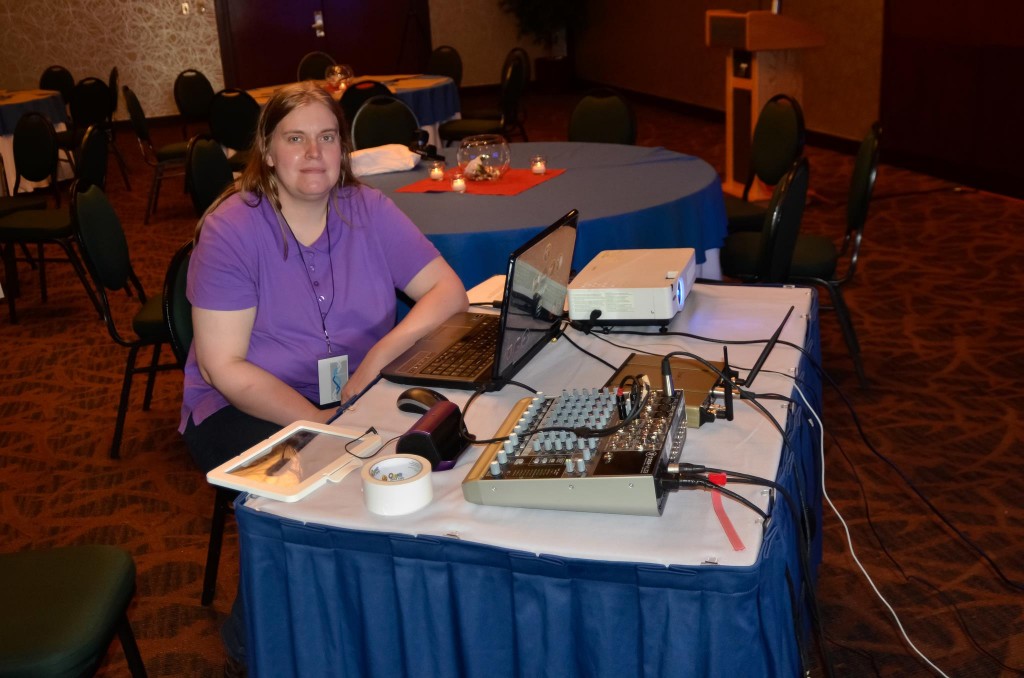 Aimee was almost synonymous with Fringe to me; it was how we met. We both came to the show late, blazing through the first two seasons over the summer of 2010. We met on a forum that fall and bonded almost immediately. We gleefully (and endlessly) discussed each episode of the new season, sometimes with other fans on various websites, sometimes over long, silly Skype conversations. We eyed the ratings with nervous frustration, watching the show continue to outperform itself week after week even as the numbers kept falling. By late 2010, when Fringe was moved to Fridays, we were talking about ways to try and help the show. I painted my car the day after Thanksgiving that year. Aimee found some bumper stickers and took to wearing her Fringe gear every time she left the house. Others started making promotional videos and artwork to be posted all over the place. Our efforts were too disparate to have any real impact, but Fringe was renewed anyway and Twitter reverberated with the jubilation of the Fringedom.

Near the end of 2010 I had this crazy idea to try and get people to dress as Observers on a certain day and go out into the world to draw attention and show the network that “Observers are here.” There was a little bit of interest from other people, but when it came down to the day, everyone else who’d intended to participate bowed out for one reason or another – except for Aimee. She eschewed the bald cap (for which, in retrospect, she was smarter than me) and just went out in her Fringe Division t-shirt and Peter Bishop Triumph jacket, while my sweetly supportive husband and I went full…creepy… with it. But  while we were out there looking like total freaks, the knowledge that there was even one other person who was with us in spirit; talking to people and looking like a fool for the sake of a friend and a TV show…the thought kept us warm on a freezing January night. I think that was the night that cemented our friendship.

That was Aimee. I’d said numerous times that I’d do it by myself if I had to, and she knew we’d be on our own. So even though the “event” was already a failure, and we were half a country away, she went out too so that we didn’t have to be alone. That’s the kind of friend she was, not only to me, but to scores of others. She was the one who was always there with an encouraging word, an ear, and a boatload of support.

When season four started and the ratings kept falling, we decided that Fringe needed more help than wacky cars, posters and promo vids. Over the next few months we did a lot of research, and came to the conclusion that trackable data was our best line of attack. We wrote our hearts out on Nielsen ratings and ways to be counted without having a box. We found a small coterie of friends willing to brainstorm with us, and discussed the need for a centralized mobilization platform, resulting in the transformation of my teeny blog. One day in October we had our first real meeting, with no idea that we’d be having those meetings almost weekly for the next 18 months or so. We came up with a name, and a terrifying plan to try and get people to use the hashtag #CrossTheLine for the mid-season premier in January…

I won’t rehash any more of the story, it’s getting late, I’m rambling, and most people reading this will know all about the wonderful things that came next. The important thing is that it was always Aimee. She was there in the very beginning, and although she often tried to deflect taking credit for our successes, none of the things that happened with Fringenuity would have happened without her. I truly believe that without Aimee, Fringe never would have gotten its season five, and the family we all made together would never have been as strong or cohesive as it was.Some of us were good at art, or videos, or ideas. I was good at organizing and writing long dry articles. Aimee was good at people. She was the best of us, and she’s the one who brought us together.

She was my friend for just over three years, and I couldn’t have asked for a better one. I’ll always be grateful to Fringe for bringing her into my life.

And now I’m out of words, which is probably good because there seem to be quite a lot of them here. It feels like when I stop writing, the most remarkable chapter of my life will really be closed. All I can do is close it with love and start a new one, shaped by an indelible mark left by an extraordinary person.

I don’t want to say goodbye, but I will say, I love you, my friend. We will never forget you. 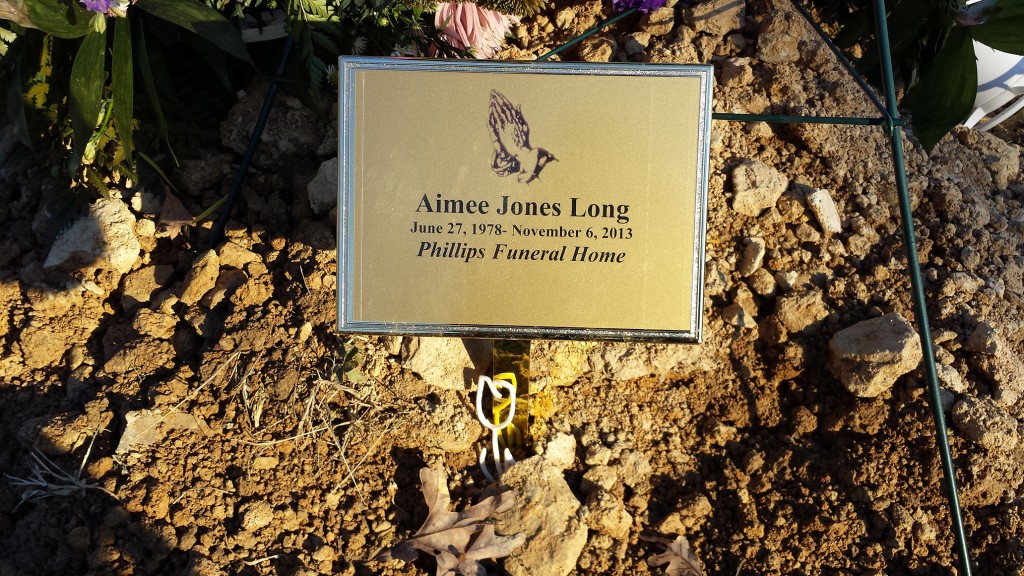 *Donations to Aimee’s memorial fund are still open for those who’d like to contribute. All funds will go to her son, who’s just starting out in life and about to celebrate his first Christmas without his mom. Let’s take care of him for her.