Here is Part One

It was fairly common knowledge that Fringe would be filming at the University of British Columbia on Monday, August 13. Unfortunately, we were under the impression that nothing would occur until afternoon. However, they did film earlier in the day, and as such, we missed Anna Torv, who would leave before the majority of set visitors arrived.

Several of us took a cab to UBC, and although the campus is like a city-in-a city, it wasn’t long before we found what we looking for: Without spoiling too much, there was a huge Observer propaganda poster on the clock tower and many Observers scurrying about. 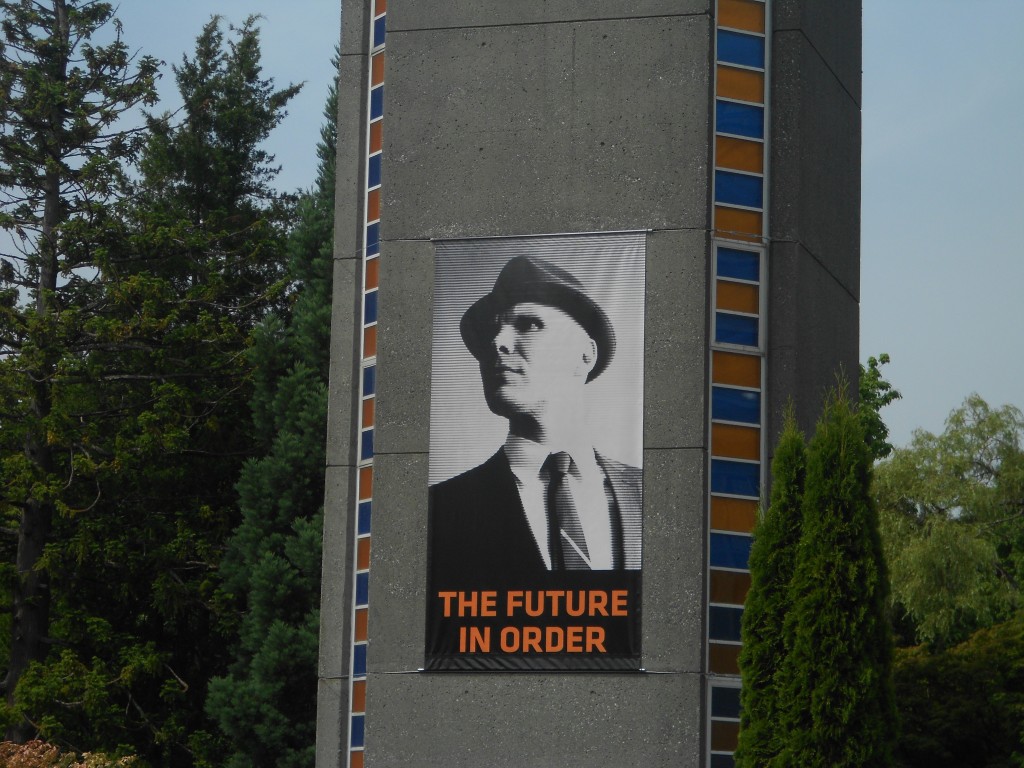 I shook my fist and yelled, “Fight the future!”

After they were through filming this scene, we decided to check out the area where the crew parked their vehicles and the cast trailers were located. I also got to meet Vancouver photographer and blogger Susan Gittins. She is so kind and I am glad to have finally met such a class-act supporter of Fringe.

We scoped the area out, hoping to see someone of interest, but were soon informed that filming was taking place near Hospital Lane. Our group met up with some other Fringies hanging around the street. Josh came out several times and was seen talking/texting on his phone. At some point, he did not look amused at whatever information he received. This may have been possibly  because of something that occurred which we would find out about later.

John also came out for a rest in his chair. Later, he left via chauffeured vehicle, but he did have them stop and spoke to us for just a few seconds. We did see Anna Torv for a very brief moment before she left, and Georgina Haig was also present. After this scene wrapped, we saw Josh come out and speak with some folks, then he started to walk up towards us. 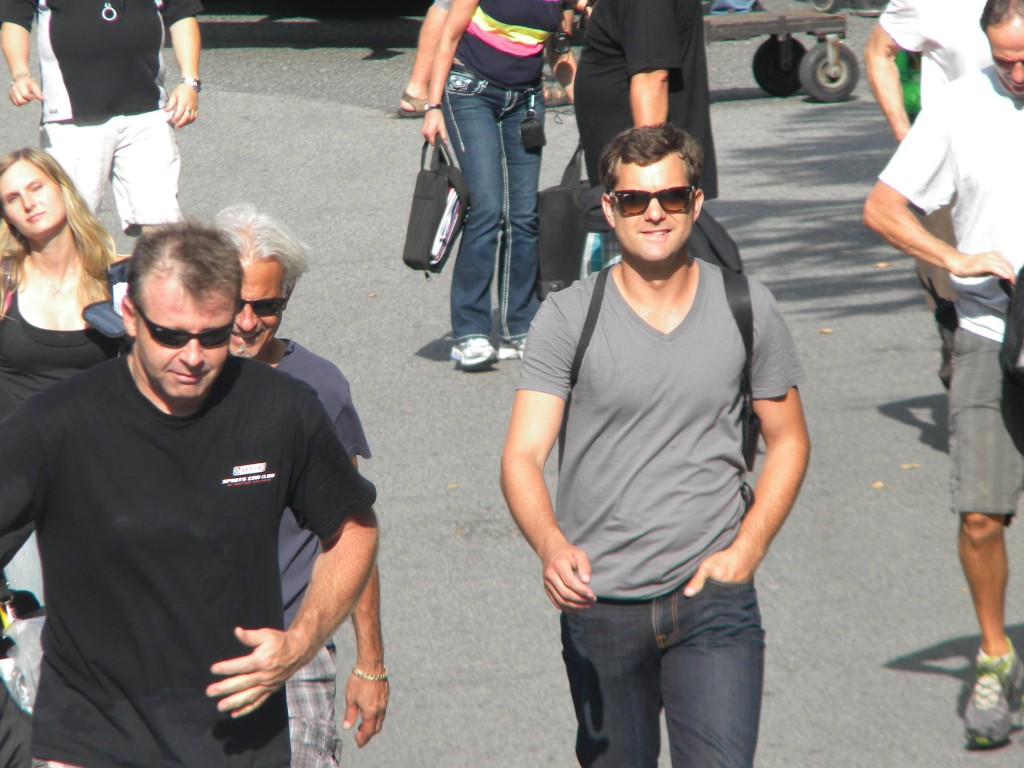 And time seemed to stand still….

He came right up to us—as we said a chorus of, “Hello, Josh”—and said, “Are these the Fringe Event people?” 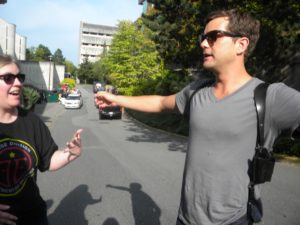 I was able to let him know that some of us were responsible for the hashtag campaigns, but he really did not have too much time to chat. He was very kind in taking a couple of group pictures though. Which made my trip. I once said that all I ever wanted was a hug from Josh Jackson, and I did want my comic signed since I wasn’t able to see him at WonderCon. Both happened on this trip. 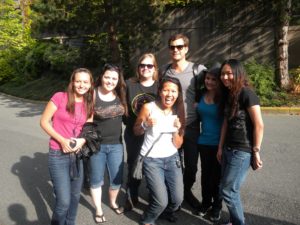 Josh and Georgina appeared in a spoilery scene later, which I will not describe out of respect for the unspoiled. Josh was also seen talking to some local photogs, and he seemed upset. We found out why: A local paparazzi had been stalking his romantic partner, Diane Kruger. How awful that they can’t have a moment’s peace! (Please don’t visit JustJared’s website, as they are the worst offender, and support this sleazy practice.)

There was a really cool actor named Mark that played an Observer who talked and interacted with us. A special effects man also gave us some insight into his work on Fringe and many films/shows. Many in our group left before filming wrapped for the night because we had heard that Josh and Georgina were both tired and cranky. We decided it would be respectful to leave them alone when they finished their work for the evening.

Things to keep in mind if you have a chance to watch a show film:

This day was one of the highlights of this trip. It was so cool to see some actual filming. And of course, to meet the actor I adore and respect, and who is my favorite character from any work of fiction—Peter Bishop.