To celebrate Fringe’s final Comic-con panel, we’re asking the Twitterverse to try to trend two (2) hashtags, one before the panel, and one during the panel.

What better way to kick off all of the excitement for the fifth season than to spread the word that #TheyAreComing?

When news broke that executive producer Jeff Pinkner left the show—leaving co-pilot Joel Wyman as Fringe’s singular showrunner—some fans were worried about how the amicable departure would affect the show’s creative direction in the upcoming fifth season.

Joel accepted the role of executive producer during Fringe’s second season. The team formed between Pinkner and Wyman gave us an accelerated Fringe story, diving right in to the underpinning mythology of the series. Their combined writing talents penned many amazing episodes such as August, Olivia, Entrada, and The Firefly. They also collaborated with other writers on the majority of pivotal episodes in the series.

Even so, we’re not worried. Joel has cultivated an amazing reciprocal relationship with fans. He loves the show dearly, and has made it known just how much he understands the desire of fans to see our beloved show and characters receive the ending that they deserve. Fans that have met him have described just how passionate he is about Fringe—that he loves what he does.

Let’s show some appreciation for the talented and hardworking man behind the curtain: The man that wears many hats; executive producer, writer, director and showrunner.

We’re going to tweet #InWymanWeTrust during the Comic-Con Fringe panel.

We are really fortunate to have some talent in our Fringie pool. @SarahProost and @Cheribot have gracious created some icons for this special Comic-Con event. 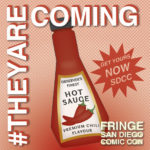 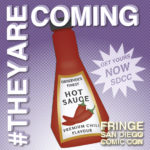 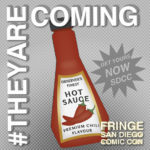 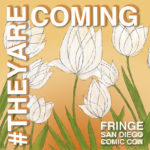 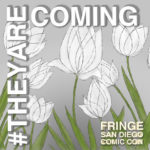 Full set of icons in many more colors can be downloaded here – Sarah – TAC icons.zip 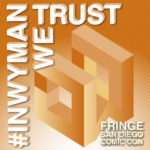 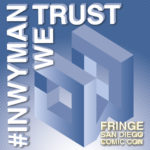 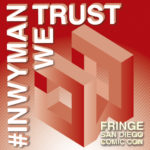 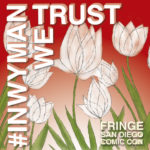 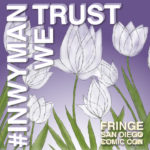 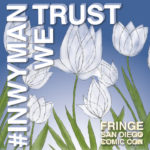 Going to be at the Panel?

There is a special project for those fans that will be attending the Fringe Comic-con panel. You will want to read about @flowerrings’ White Tulip Project here.

Be sure to check-in at GetGlue during the panel for a special Fringe Comic-con sticker.