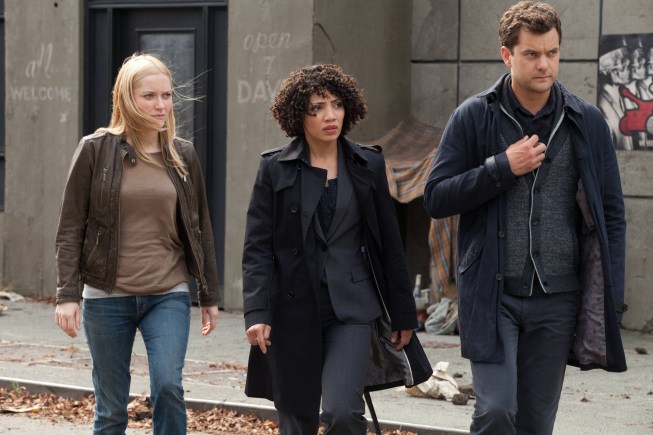 Earlier this year, things were looking pretty hopeless for the future of Fringe. Who would have thought at that point what the future would hold: Just a little more than a week until the start of season five. The gift of a final concluding season is ours because of our love and dedication to this spectacular example of storytelling. We all crossed the line to save what we love.

Fringenuity is continuing our Fringe fan social media blitz, but the objectives are different this time, because we have nothing to lose. Although the Twitter campaigns have always had a positive and hopeful party-like atmosphere, let’s face it; there was always the underlying fear that the show would be canceled. This time, we’re going to have a huge send off for the show. It deserves no less.

FOX Broadcasting will continue its awesome support by displaying our chosen hashtag during the episodes. (I hear ABC might be doing the same for Castle fans — how awesome it is that Fringe was first.) September’s ominous warning to Walter at the end of S4’s finale has been communicated to fans all summer long: “They are coming.” Forget “he is here.” THEY are here, and a climactic battle for the future will commence. Fringe fans will herald the beginning.

Let’s come back full force on Friday, September 28, and let the world know that 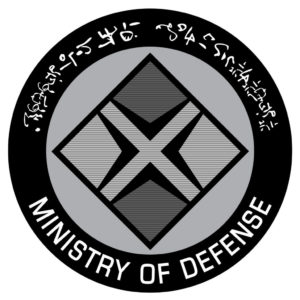 1) Don’t use #TheyAreHere before the designated time: 1 HOUR before Fringe airs.

The event will take place 1 hour before Fringe airs – 8pm EDT. As these events become larger, we are gaining more new Fringies in the effort. Gently remind others that use the tag before the event to wait until the right time, and tell them that using the tag too much beforehand will lessen trending impact. This happened when Fringe fans tried to trend #WhereIsPeterBishop for the season four premiere. The # had been used all summer long, was not anything new on the Twitter radar, so it did not trend. Trending happens with terms that are relatively new, and many people tweet about them at the same time. Terms break out onto the scene, but trending becomes more difficult the more they are used. Be nice! We want everyone to feel welcome.

2) One # term per Tweet. Use only #TheyAreHere (What Are Hashtags?)

This is the key to our trending duration success. It gives a chance to get our message about Fringe out to another audience. Try to construct a list of thoughtful and informative tweets before the event. These can be copied and pasted for easy tweets. Use some witty Fringe sayings – link some of the official promo videos – speculate about the plans of William Bell, or on the fate of Olivia. Cool tweets are more likely to earn re-tweets, and this immensely helps trending.

TRY to include the word FRINGE (with no #) in your tweet if possible. Talk about the characters and the actors.  Maybe use the episode title. We’ve recently been able to trend Fringe, Broyles, John Noble, and William Bell! Something tells me that Etta and Observers will trend as well…

With this difference in purpose, we are setting our expectations for lower participation in these events than before the renewal announcement. Without the execution fear hanging over us, there won’t be such a flurry of anxious determination. On the other hand, we’d like to be proven wrong and see more people participate than ever and Twitter trending all over the world once again. Many people have watched Fringe over the summer due to streaming access and news of a definite end date. Fans have been gained. Let’s try for the next few weeks to engage people online whether on Twitter, FB, Tumblr, GetGlue, etc, and talk with them and remind the about Fringe’s return.

To further celebrate, we are hosting a Loyalist/Resistance art contest. The winner will receive Fringe season four on DVD or Blu-Ray. Here is one of our cool entries, courtesy of @berry_hearts. 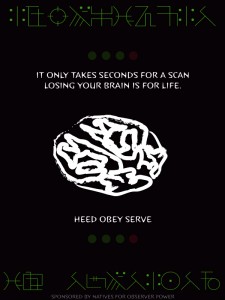 Another contest will be announced Friday, September 21 for those that are better with words than pictures.

There will also be a very special, fun promo video featuring alternate versions of the Fringe characters. We’ll have icons from @cheribot, @sarahproost, and anyone else that would like to contribute.

The lovely ladies at Pop Culture Nexus are having a Fringe week to celebrate the premiere.

The fanzine, The Bridge, is set to be released in time for the premiere.

Another great bit of creative fun involves some 2036 roleplaying. Check out these accounts on Twitter.

The best part of all this: I’m no longer going to be cursing Nielsen on Saturday mornings. Sweet freedom. Because we all believed in hope, we’ll now be able to just relax and enjoy one hell of a ride.