R.I.P. baby Bishop. You are missed.

It all ends here, like it started. Another Big Bang, and we’re broken-hearted now… “Last Man in Space” by Violet Sedan Chair

Fringe fans are like Peter and Olivia, in a way. Our love for the show is earned, tragedy-by-tragedy.

Now that we’ve had the weekend to process that last episode, there is no doubt that it was a huge turning point for our characters. A couple of folks seem to agree. 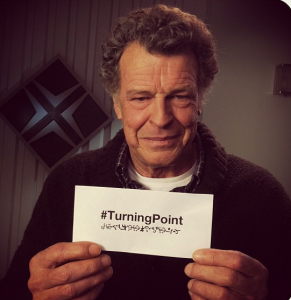 The bullet that saved the world has now become a reminder of two deaths; mother and daughter. However, the daughter would not get the second–or even third or fourth–chance given to her mother.

What a miserable future, indeed.

Peter looked like a man set ablaze. With their child ripped away for certain from him and Olivia, I fear Peter will go back to that dark place that he fell into in Reciprocity. Or will he take the vengeful route of his actual father, Walternate? We know that when his family is threatened, that he’s quite capable of violence. There is an old Chinese proverb that offers some wise advice:

“He who seeks vengeance must dig two graves: one for his enemy and one for himself”

When faced with a captured Observer, will Peter retain his humanity, and not become like the enemy? After all, love can be the most destructive force in the universe. Or will he…

1) Don’t use #ShowNoMercy before the designated time: 1 HOUR before Fringe airs.

The event will take place 1 hour before Fringe airs – 8pm EDT — November 2. Gently remind others that use the tag before the event to wait until the right time, and tell them that using the tag too much beforehand will lessen trending impact. This happened when Fringe fans tried to trend #WhereIsPeterBishop for the season four premiere. The # had been used all summer long, was not anything new on the Twitter radar, so it did not trend. Trending happens with terms that are relatively new, and many people tweet about them at the same time. Terms break out onto the scene, but trending becomes more difficult the more they are used. Be nice! We want everyone to feel welcome.

2) One # term per Tweet. Use only #ShowNoMercy (What Are Hashtags?)

The episode is titled, An Origin Story. Origin of who… or what? The Observers? One of the timelines? Speculate about this idea. Cool tweets are more likely to earn re-tweets, and this immensely helps trending.

TRY to include the word FRINGE (with no #) in your tweet if possible. Talk about the characters and the actors.  Maybe use the episode title, An Origin Story. We’ve been able to trend Fringe, Broyles, John Noble, and William Bell!